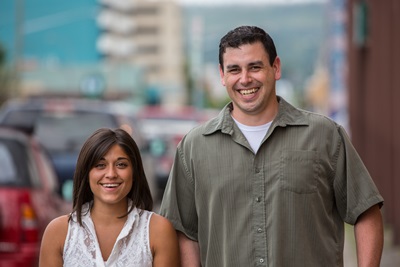 Many industries in Prince George are currently responding to, or preparing for, a surge in economic growth in northern BC.  While new and proposed major projects in the region are creating opportunities for businesses, they have also resulted in a shortage of employees in a variety of key sectors, increasing the demand for recruitment firms.

Core Recruitment was founded less than a year ago with the goal of bridging this gap between employers and potential employees. According to Tysheina McCoy, Executive Director and co-founder of Core Recruitment, companies in northern BC struggling to find employees have been partnering with recruitment agencies in Vancouver, Calgary or Toronto. In order to reverse this trend, she says, “We decided to bring these services to our own backyard.”

A recruitment agency aims to match employer vacancies with the best possible employee candidates. However, Core goes further in helping both businesses and job-seekers. For the latter, Core can not only help with finding a job, but also offers various coaching services including resume-building, interview practice, and personality assessments. These services are offered due to Core’s wide spectrum of clients, which include “people from entry level to project managers and also managerial staff – basically anyone looking for new career opportunities or to advance their career,” according to Tysheina. From an employer perspective, Core will help find the best candidate suited for a specific position, either from their own bank of job-seekers or from the general public. In addition, Core is happy to share their insight into various labour markets with companies. As Tysheina explains, “Employers can talk to us generally about what an industry looks like from a labour perspective.”

Clay Pountney, Vice President and co-founder of Core, sees an unmistakeable opportunity in northern BC’s service and supply hub: “Suddenly a lot of people are looking north, small businesses are opening, and the downtown is being revitalized. You can just see it; Prince George is on an upswing.” Both Clay and Tysheina are also proud to be Prince George’s first First Nations recruitment agency. Tysheina is from the Kwakwaka’wakw First Nation while Clay is Lheidli T’enneh.

Although both Clay and Tysheina left Prince George for stints in bigger cities, they are happiest in Prince George. “When I was gone, I missed the trees and the lakes that are 15 minutes away. Also that our rush hour is five minutes,” Clay says half-jokingly. For Tysheina, “There are just so many things to do if you love the outdoors, and the cost of living is low. A lot of people who are coming to northern BC seem to really appreciate the lifestyle,” she says. Clearly, both of Core’s founders are enthusiastic proponents of Prince George, which makes selling the city to potential employees as an excellent place to work and live all the more real and effective.